Michele's Dance Academy's instructors are highly-trained, experienced and dedicated to the success of your dancer! 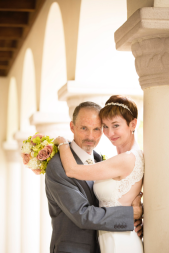 A former professional dancer, Mr. Self studied dance while growing up in Las Cruces, as a Harkness receipient in Dallas, in summer programs in Italy, and throughout high school and college at the University of North Carolina School of the Arts.   He danced with Agnes deMille's Heritage Dance Company, North Carolina Dance Theatre and American Ballet Theatre, performing at New York's Metropolitan Opera House.  Upon retiring from his distinguished dance career, Mr. Self returned to Las Cruces, where he attained an additional degree from NMSU and a new career as a real estate broker and appraiser.

Mr. Self continues his late wife's (Michele Self) legacy as Owner and Director of Michele's Dance Academy.  His contributions to the world of dance include teaching, choreographing, performing in Las Cruces Chamber Ballet productions.   He was a recipient of the 2001 Dona Ana Art Council's Community Arts Award and he was also a choreographer for the world premiere opera "Sara McKinnon", with music by Randall Shinn and libretto by Mark Medoff.    Mr. Self was also a featured teacher in the Spotlight Section of "Dance Studio Life" in December, 2010.

Laura grew up dancing, studying under Katherine Clark in El Paso, Texas and also performed for the USO as a member of the El Paso Dance Company.   She graduated from California State University, San Bernardino with two degrees, one in Theatre Arts with an Acting Emphasis, and the other in Computer Science.   She danced througout college with the Riverside Ballet Theatre as a member of the corps de ballet.    She has performed with the Las Cruces Chamber Ballet in many "Nutcracker" productions, and also in "Ghost Stories of the Southwest" as La Llarona.   She also continuously attends dance seminars and workshops to perfect her craft, and is proud to have brought her musical theatre background to Michele's Dance Academy, both in classes and with the Academy's performing musical theatre group "Showstoppers".

"Miss Charlie Ann" has been an instructor at Michele's Dance Academy for over 30 years.   She continuously attends dance teacher summits and seminars to perfect her craft and is a gifted teacher, choreographer and ballet mistress for the Las Cruces Chamber Ballet.   She has performed in numerous productions, including:   Coppelia, Swan Lake, Rodeo, Dance Kaleidoscope, Sleeping Beauty, Spotlight on Dance, Still Kickin' in addition to many Nutcracker performances.

Get Social With Us